Throughout the history of physical science, it can be seen that many theories are based on measurements carried out by an idealized observer; the theories are the bases of the laws. Indeed, physicists, following the advice of Galilei, try to "Measure what is measurable, and make measurable what is not so" in order to explain mathematically the events of nature.

But it turns out that some measurements are false or inconsistent with other ones and, if the theories evolve, it is because physicists have tried to correct and complete the measurements and observations made by their predecessors. Among the mistakes of Ancients, we know that many medieval cultures believed the stars and the planets rotated around a fixed Earth. Despite the fact that, as time went on, scientists found out the Sun is the center of Solar System, but at that time, Galilei had been sentenced to death by fire. While today, even the children know that it’s the round Earth which is revolving around the Sun. One other mistake of Ancients was about what they called the classical elements; they supposed that all matter constituted of earth, water, air and fire. But with the progress of science, we realized that these four elements themselves are composed of tiny particles; called molecules. So it may well be imagined that some knowledge loses gradually their significance with more advancement in science. 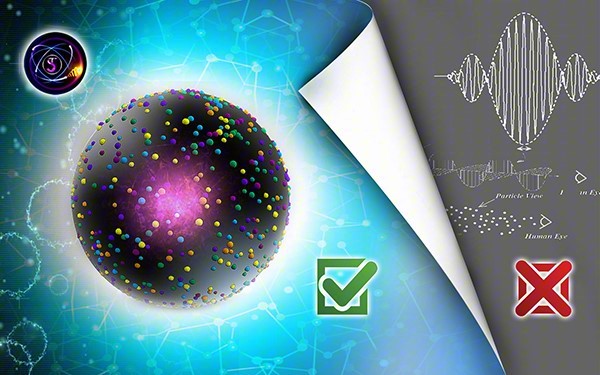 Max Planck: "I was ready to sacrifice any of my previous convictions about physics".

In 1899, Max Planck calculated the energy of photon using the different wavelengths E=hϑ. But, sometime later, he and his colleagues put this experimental laboratory value equal to a theoretical equation E=mc2. And this is the problem! So they tried to consider the mass of photon as a variable to make their equation work!

However, as we have before explained, the realistic equation to calculate the energy of photon, based on its three- dimensional motion, is Saleh Equation: In our equation the variables are the frequency and the gyroradius of photon.

What is weird is that, according to the wave-particle duality concept, the mass of violet photon is twice the mass of red photon. But even by sight and by feeling the red light is heavier, stranger and warmer that the violet light.

Saleh Theory explains the nature of red light taking into account its higher internal energy. In fact the wide-range of frequency is interpreted as the changes in the value of the gyroradius and so the color variety of photon. When the frequency decrease, the wavelength increase, which cause the growth of gyroradius; and, consequently, the internal energy of photon grows up.

But the mass of photon is always constant.