The mass, by definition, is a measure of resistance of an object to acceleration when a force is applied.

And, in principle, the mass occupies space and it is there where the force takes effect. Given what has been said, Dark Matter does not meet the definition of mass. Because it is everywhere but we can't find it. Indeed, what is called Dark Matter is an illusionary definition that must be corrected. Actually there is no Dark Matter, but rather a Vivid Force whose effect holds the structure of galaxies. According to the current theory the Dark Matter effect exists everywhere but it cannot be seen, so it is a force and not a mass. It is called Dark because the science has no knowledge about its nature; the one that we are going to explain and that we can call the Vivid Force. This force is originally created by the difference of a speed higher than that of light at the edge of the Universe and the speed inside the universe. A difference that generates a force toward the center like a vortex. This definition is better suited for galaxy consistency. 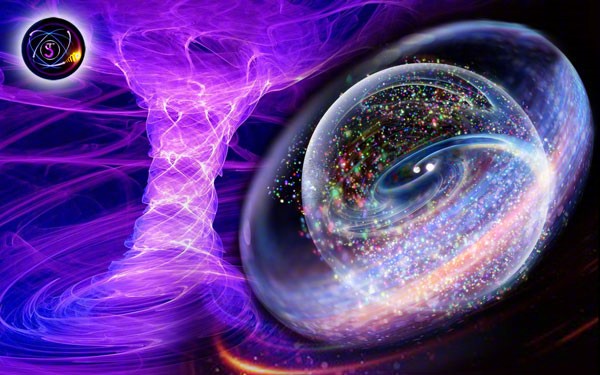 As we explained in our previous Article entitled "Light Speed Barrier Broken!", at the edges of the Universe the speed exceeds that of light and celestial objects are rotating with a speed several times higher than the speed of light. The enormous difference between this speed and the speed at the supposed center of the Universe causes a vortex force. This same force creates a rotation and a force inward; like a vortex that turns and pushes everything in the center of the rotation. So what is called Dark Matter is only a Vivid Force that is generated from the difference in the speed of rotation of celestial objects at the edge of the Universe and those that rotate near its supposed center.