The ancient believed that all matter was made up of four elements: Fire, Air, Water and Earth. Over time, with the progress of science, scientists have discovered that all matter is made up of tiny particles called molecules. So if we think well, we will see that some knowledge gradually loses its meaning.

If we take a look at a glass of water, a pool, a lake, a sea or even an ocean, we will understand that their components are the same, “H2O molecule”, but the difference is in the number of the molecules. For another instance, consider small sections of an iron plate, joist or even a large iron bridge, “Fe” atoms is the building block of them.

Saleh Theory describes the structure of Electron, Proton and Neutron as the following:

The Electron is an array of photons rotating on the surface of an imaginary sphere without any central core. The Proton is a dense, compact globe filled up of photons getting together and, The Neutron is a sphere with the Proton core, and Electron shell. 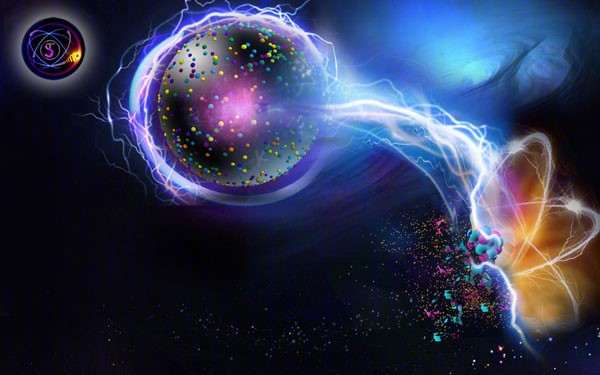 Accordingly, the smallest unit of Electrons, Protons and Neutrons, and in other words the entire universe, is Photon. On the other hand, base on the present theory, the smallest quantity of an element that retains the unique properties of that element is an atom or it can be said that the atom is the smallest unit in which matter is divided into. According to the definition of the atom, and the true meaning of the word "Άτομο" in the Greek language, which means uncuttable, and the description of the structure of Proton, Electron and Neutron, we can conclude that the atom which forming the structure of the whole universe is the photon.

Therefore, Saleh Theory believes that the “photon”, in the true sense of the word, could be called the new atom, which is the building block of all material in the universe.