Everything in the Universe has its own structure; every structure is in harmony with the others; solar system, Milky Way, black holes, other systems of star around, etc. Also electron which is one of the main subatomic particles is no exception. We could find electron in two different states: ground or exited and regardless of how it gets excited, we realize that it wants to return to the ground state by the emission of a photon. Indeed, the excited electron is the birthplace of photon.

The electron and the photon are very close together and they influence each other. For example, the photovoltaic type of photoelectric cell, when exposed to light, can generate and support an electric current without being attached to any external voltage source and on the other hand, the electric current into a filament make shine the lamp and generate the photons. In fact, photon and electron are like a family with a fluid interaction; electron’s motion makes see the photon that could, in turn, make move the electron. So they are in a kind of harmony.

Given that electron, this subatomic particle, is the birthplace or even the genetrix of photon, one could say that the structure of electron consists of the photons gathered together:

But how they are positioned?

Indeed, the photons turn not just around themselves but also on the surface of the imaginary sphere of electron on spiral trajectory. They cover all the surface and get emitted very easily. In our previous article we explained that there is no difference between the photons and the variety of the color of spectrums is because of the different value of the gyroradius of photon.

It therefore follows that there is no any difference between electrons of different atoms. 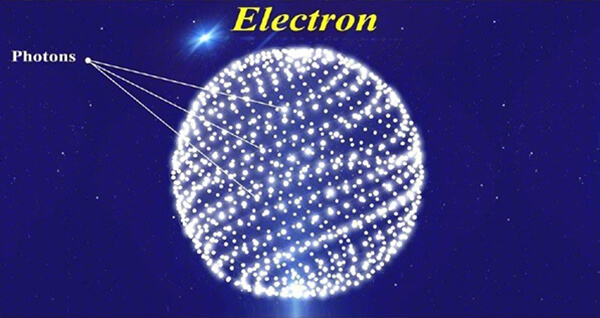 And how the photon moves on electron’s sphere?

After having thrown a glance at the solar system, we could see that the Earth’s axial tilt is about 23.4° but the rotational and orbital axes of Uranus are nearly aligned because it has an obliquity of 82°. Saleh Theory believes that the photon had always two types of motion: firstly, a rotation likes the Uranus’s one around its own axis and secondly a spiral movement on the electron’s sphere. 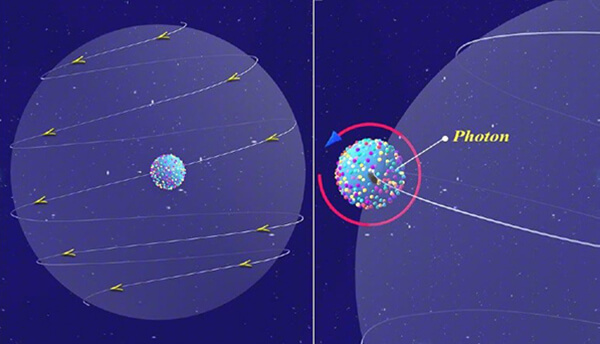