Let us use the basic formula of speed equal to the distance divided by time and suppose that the orbit is a circle centered on the assumed center of the Universe. Then, knowing the period and the radius of rotation, we can calculate the average orbital speed for each of these celestial objects. The rotation period of the Moon is about one month or 0.08 year and the rotation radius is about the 105 km. That being said, the speed is around 103 km/h. As the radius increases, the speed increases. Two important points can be noticed in this table: first, the further away an object is from the center of rotation, the higher the speed gets. Second, the rotation period of celestial objects is much shorter than their lifetime. 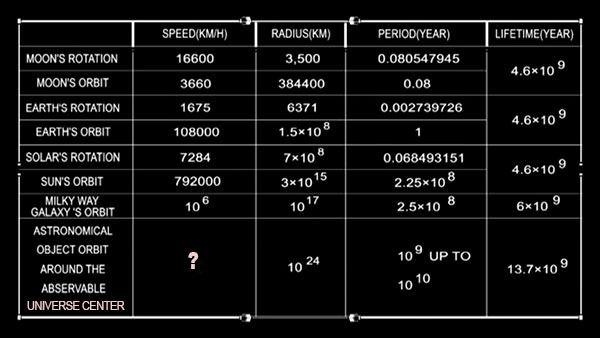 To complete this table, we need the measure of the observable Universe. The most recent research recognizes the most distant celestial objects at 1024 km. Since the age of our Universe is estimated at about 13.7 billion years, to measure the speed of a celestial object rotating at the edges of the observable Universe, we take the rotation period between 1 and 10 billion years. By a simple calculation, we can see that the speed at the edges of the Universe is approximately between 1011 or 1012 km/h that is 100 or 1000 of times greater than the light speed which is about 109 km/h in vacuum.

The cosmological principle posits the following: Viewed on a sufficiently large scale, the properties of the universe are the same for all observers and according to the Copernicus principle; the universe is globally homogeneous and isotropic. In such a system, the sizes do not change suddenly and from one corner to the other, some harmony could be observed. Suppose a celestial object rotates at a different angular velocity. According to Newtonian laws, this object must pass into another orbit and it is even possible that it strikes another object and consequently disrupts the homogeneity of the Universe. So we can say that all celestial objects revolve around the supposed center of the Universe at different distances but with an identical angular velocity and it is this identity that causes the homogeneity of the Universe on large scales.

For example, if we observe the radius of the orbit of satellites as well as their average speed, we can notice that the fastest, are those that turn further away from the Earth to be able to remain in an orbit with a fixed radius. Thus the value of the speed divided by the radius of rotation, i.e. the angular velocity, remains invariable. We know that the speed of the moon around the Earth is 3600 km/h. And that the Earth's speed around the Sun is 108,000 km/h. As far the celestial objects, which are at the edges of the Milky Way, at 1017 km from its center, it reaches a speed of 106 km/h. According to the latest research, the most distant celestial objects are at 1024 km. 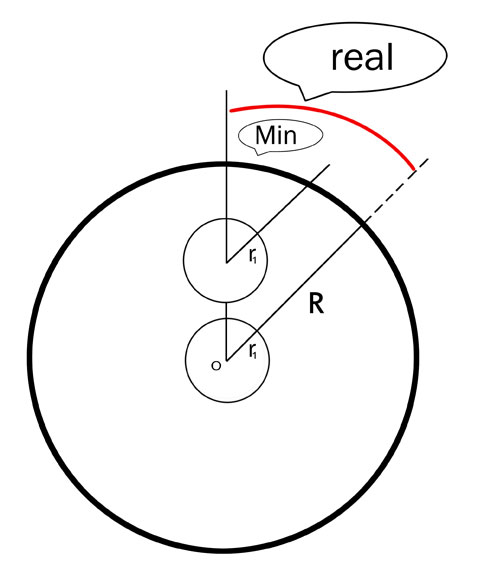 1024 km is the radius of the observable Universe; this means that science is unable to go further. Let us assume that the real value of the Universe radius would be 1050 km. By a simple calculation we could find out that the speed of celestial objects at the edges of the Universe is billions of times greater than that of light.

Thus, millions, billions and millions of billions of objects are currently rotating with a speed thousands of times greater than that of light!

The saleh equation explains the energy of photon based on its three-dimensional motion, but the mass of photon is always constant. 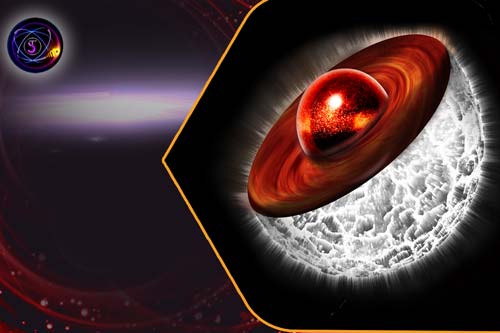 The structure of proton is similar to a cherry or to the sun with two layers; the Core and the mantle.