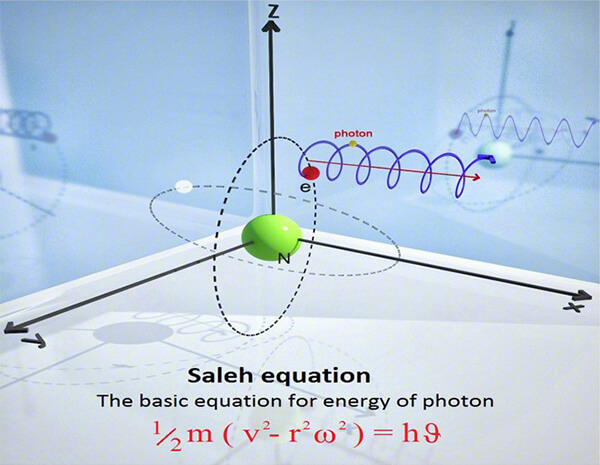 In Saleh Theory, we believe on the helical photon motion, of which r is the gyroradius around an imaginary axis. This means that the photon has two simultaneous motions: rectilinear motion at constant speed (C) and rotary motion at constant angular velocity (ω). (Fig. 1)

The visible spectrum is one of the concepts that have attracted much comment. In Saleh Theory the distinction of spectrums is due to the gyroradius; and its changes induce the colorfulness ( light color ). In fact, the increase of the gyroradius means reciprocally the widening of the wavelength. For example, the long wavelength (λ) of the red spectrum is a result of the high value of its gyroradius r, while for the blue spectrum, it’s the opposite. (Fig. 2)

Saleh Theory, therefore, considers photon as a particle which generates different spectrum following variations in the gyroradius, and, indeed, the light color is the effect of the order of magnitude of r. (Fig. 3)

We know from the Earth that its angle of rotation around the sun conceptualizes the seasons. Similarly, the rotation of the photon around its imaginary axis projects the different light spectrum.

Saleh Theory knows the Translational kinetic energy, light energy, as the same energy that Thomas Planck had presented with his famous formula: E=hϑ measured empirically in the laboratory.

The basic equation for energy of photon 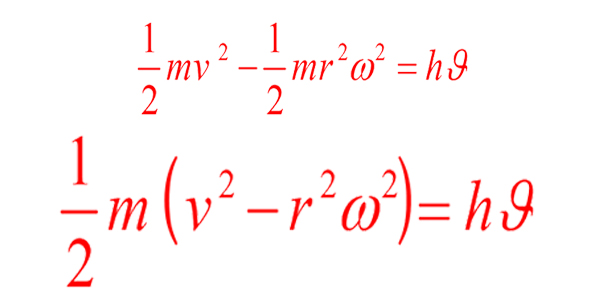 Where, m is the photon mass, v its straight velocity, r its gyroradius, h Planck constant, ϑ its frequency and ω its angular velocity. The angular velocity is the rate of velocity at which a photon is rotating around the center.

In first part of this equation for energy of photon v is the velocity of photon throw imaginary axis and equals speed of light C, and ω have the constant value in consumable part.

This explains that variety of light spectrum ( light color ) in Saleh Theory is the photon’s different gyroradius during its trajectory around an imaginary axis. (Fig. 4) 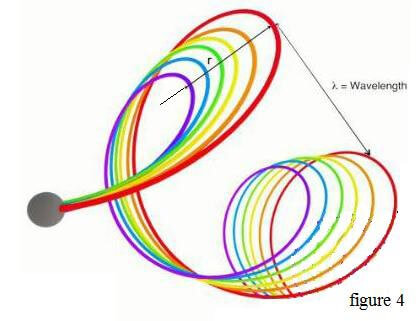 r is directly related to amplitude and wavelength.

Given the mass value of photon and ω, the gyroradius for the visible spectrum should be between 100nm and 150nm. 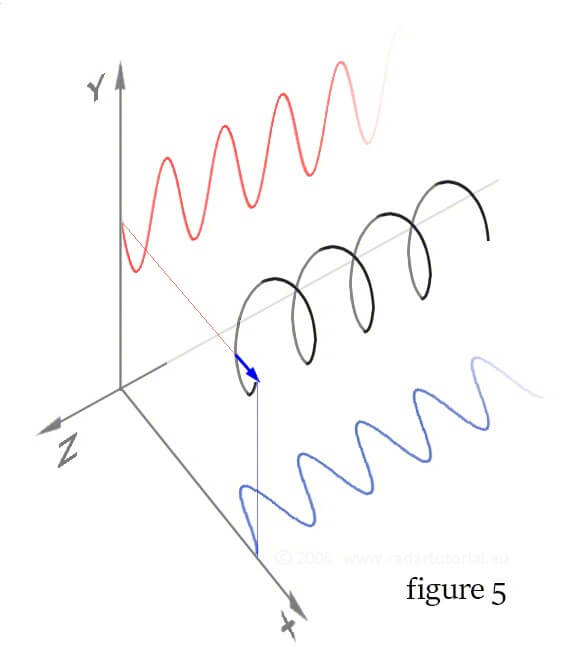 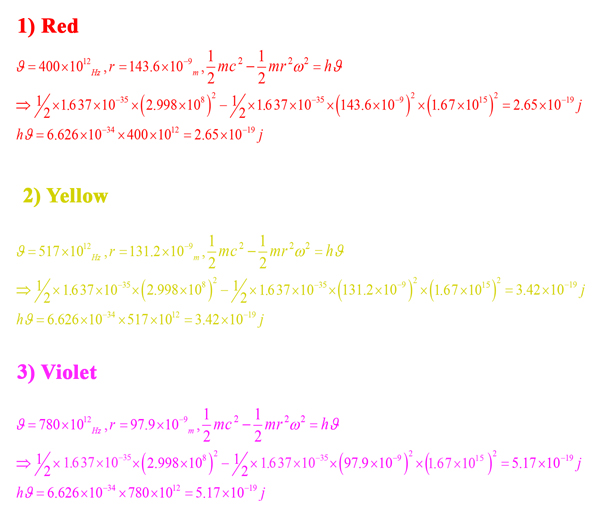 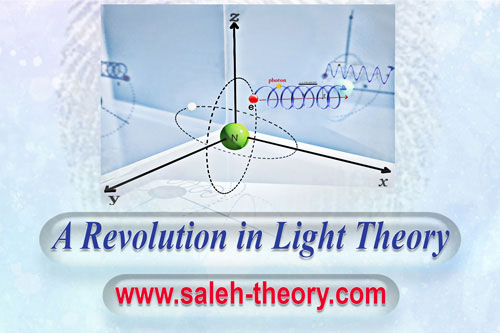 Wave–Particle Duality is partly explained by Double-slit experiment and also by the Photoelectric effect.We establish a 3dimensional vision of photon motion 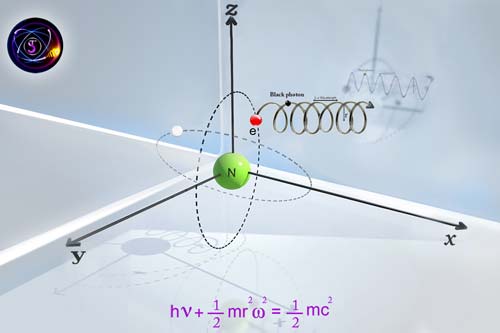 One of the electromagnetic wavelengths is related to the black light in the ultraviolet region, which you can see if you have sharp eyes or strong equipment.