We assume that the Universe is spherical and revolves, so its velocity equations can be written as follows: 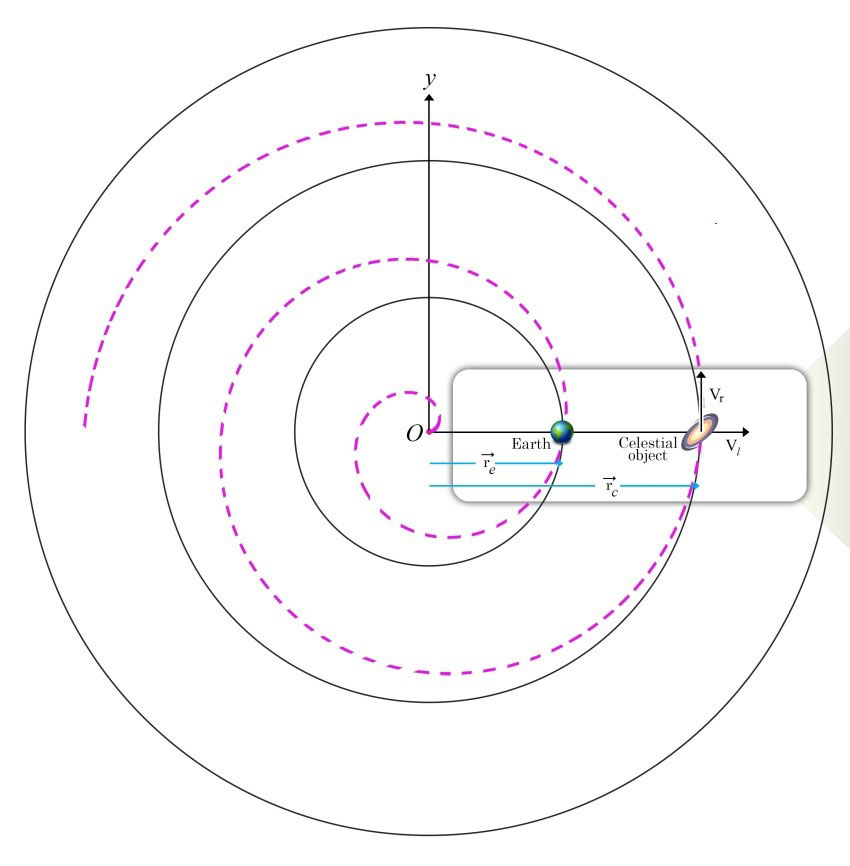 After the Big Bang, all the Universe particles have been released by the initial energy and ejected in a projectile motion. In other words, due to the projectile motion of the Big Bang, an initial energy have been given to the particles and they have been ejected at a very high speed and after billions of years or at the same time the homogeneity of the Universe, they have reached a relative equilibrium and after it, have continued to move at a constant speed “L” and now have the same constant value:

At the moment of Big Bang, there was another type of motion, namely rotational motion. In this motion, the rotational velocity depends on two parameters: angular velocity(ω)and rotational radius(r):

However, due to the nature of the initial projectile motion of the particles, they had also an initial rotational speed and over time and after the Universe became homogeneous, their angular velocity(ω) became constant. In fact, it can be said that after the Universe homogeneity, that is the same relative calm, balance, harmony, uniformity,… of the universe, the rotational motion has also got a uniform angular velocity(ω).

Hubble's law, on the other hand, describes the velocity of a galaxy in the Universe, and the general calculation relation is as follows:

Now we calculate the velocity of the Universe for a galaxy and correspond it to the velocity in Hubble's law:

1.3. Calculation method of the Hubble Constant: 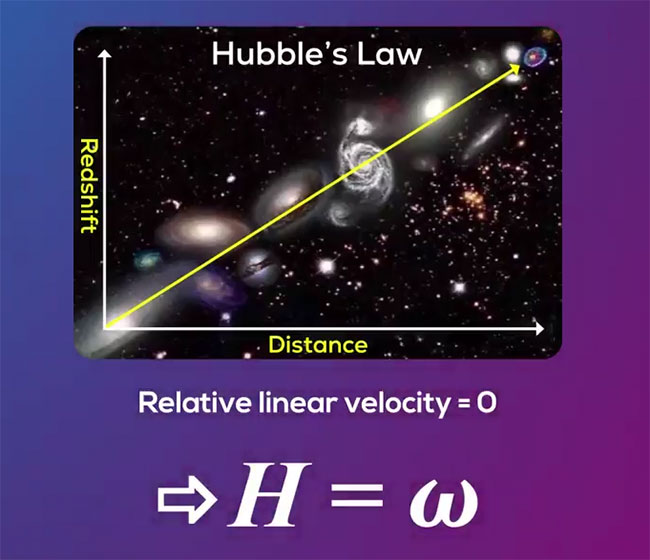 Based on the above relations and explanations, it can be said that Hubble's law calculates the rotational velocity of galaxies around the center of the Universe and also proves that the Universe is spherical and rotates. 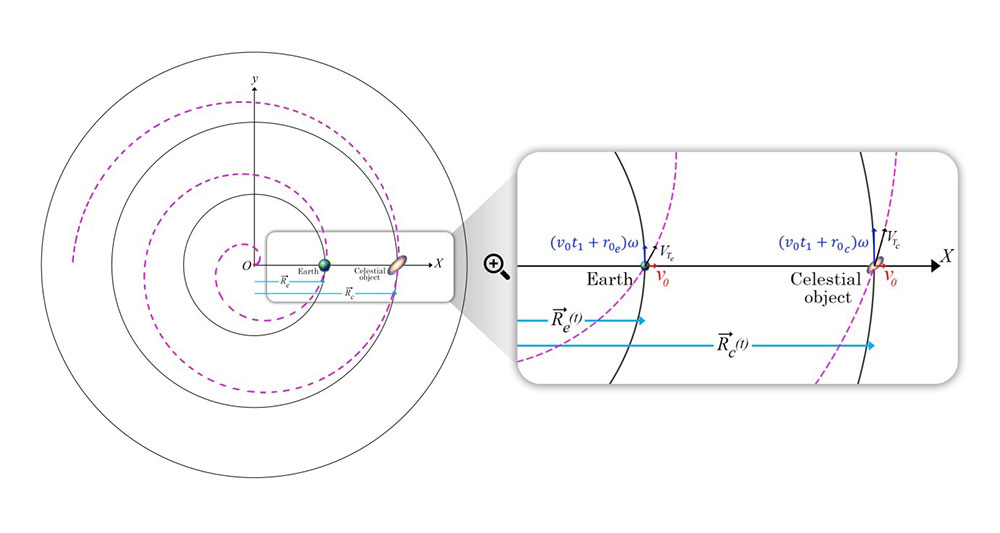 2. The calculation of the real radius of the Universe and its actual rotational velocity by Hubble's law

The Big Bang energy can be calculated by the Monte Carlo Techniques: 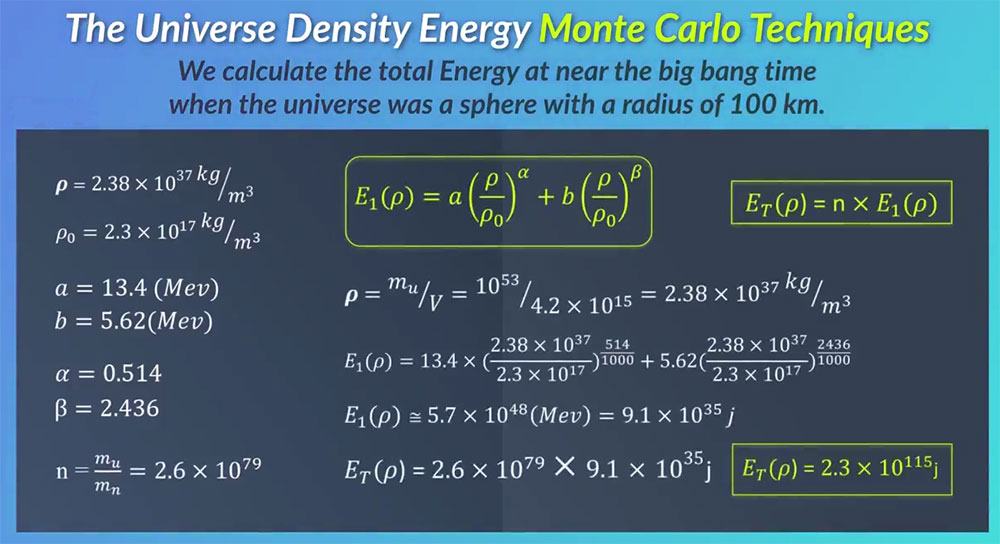 For further considerations, we consider the total energy equal to 10110j. So we can write the following relations:

Where “m” is the total mass of the universe and it equals to 1053kg. So we have:

If we change the year to second we have: 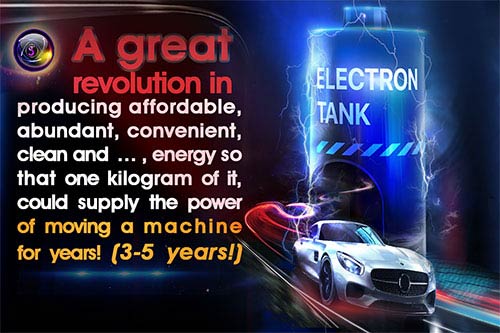 Nowadays it can be said that about 90 percent of our appliances rely on electricity. If we look at electric cars, electric trains, and other electronic appliances, we can see that they are all electron-dependent.In fact, it can be said that the moving electron has a high ability to do work. In this article, by using this ability of electrons, we present a new idea for making electron tanks that can supply energy to all kind of machines. 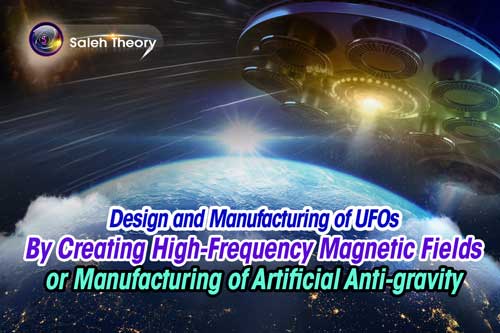 If we increase the electric current 10 times, we can increase the frequency as much as hundred times. Therefore, to produce artificial gravity frequency, we need a system that can withstand at least 10 ampere of electric current. This system should be like of which it can pass through this current for a long time without damaging itself. To produce it, a “Toroidal solenoid” can be used, and to optimize it, a hollow central core made of iron or steel can be used in the middle. The following is a proposed design for an anti-gravity plate