Scientists, based on their several years experience and after vast investigations, have found these results about neutrinos:

1. Neutrinos are produced by stars and emitted in all directions

2. Neutrinos have a very small and non-zero rest mass

3. Neutrinos have no electric charge

4. Neutrinos travel at a speed close to the speed of light

5. Neutrinos have very low reactivity, so they can pass through matters easily and almost nothing can stop them

7. Neutrinos enter the Earth from one side and exit from the opposite side without the slightest barrier

8. Neutrinos pass through a square centimeter of the Earth at about "10 to the power of 10" per second

9. Neutrinos can be detected by detectors that are located deep underground

10. Neutrinos are the most unachievable fundamental particles in the universe

Now we are going to present some investigative contents about gravity:

It is clear that all stars and planets revolve in orbits around each other which there are gravitational force lines (gravitational fluxes) between them, and the effect of these lines creates stability and balance among planets and stars. In fact, it can be said that the force related to kinetic energy of a planet is always in action with the gravity force lines and causes equilibrium, and the kinetic energy of the planets has been always equal to the energy of the gravitational waves. It also balances the planet in its orbital path that continues its way with a specific velocity and a specific orbit.

On the other hand since the photon is the basis of the universe and every structure is made up of photons, the nature of gravitational waves also is the photon and their structure is based on the motion of photons. In fact, it can be said that in the solar plasma environment, the external motion of a photon converges with its internal motion and it leads to converging photons and forms a single superstring structure that is interconnected in a ring to ring feature and travels between the star and the planet. Gravitational fluxes can be considered as missing, strong, abundant and effective waves in universe.

The Characteristics of Gravitational Fluxes Based on Saleh Theory

2. Gravitational fluxes are made of intertwined photons, so each component is a photon and has a very small rest mass

3. Gravitational fluxes are made of photons, so they have no electric charge

4. Gravitational fluxes are made of photons, so they travel at the speed of light

5. Gravitational fluxes react only with special alloys and pass through the rest of materials without any reaction

6. Gravitational fluxes have no charge and are not affected by any magnetic fields

7. Gravitational fluxes, like a belt, enter a planet on one side and exit on the opposite side, keeping the planet stable and steady in its own orbit

8. Gravitational fluxes are made of intertwined photons and according to the calculations; about "10 to the power of 14" numbers of them pass in a square centimeter per second

9. Gravitational fluxes pass through the planets, so to detect them; we have to place detectors in the deep underground

10. Gravitational fluxes can only be detected with particular alloys and are difficult to achieve

11. In the following table, the properties of neutrino and gravity fluxes can be seen

Considering the above characteristics and comparing the Neutrinos features with the features of gravitational waves that mentioned in the topic of "Gravitational Waves" we can say:

Interestingly, the high power of neutrinos is due to their continuous and intertwined structure, which creates its high penetrating power and effectiveness. On the other hand, due to the fact that its frequency is too high and its wavelength is too short, its penetrating power is multiplied.

It should be noted that in visible spectrum and lower frequencies, due to absence of intertwined structure, photons act as single particles and their effects are minor and weaker. But in gravitational waves, duo to the continuous and intertwined structure, their effect multiplies hundreds of times, which the higher penetration and effect than other waves can be imagined. 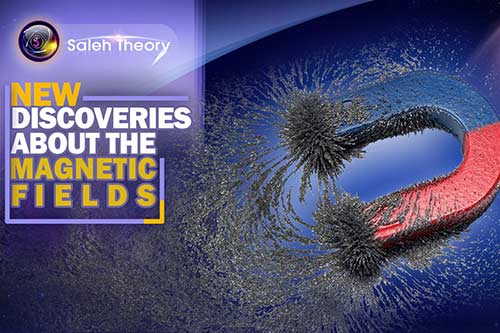 In this article we calculated the frequency and energy of the magnetic fields. Furthermore we explained the intense attraction and repulsion of the magnetic poles, and also nature and structure of magnetic fluxes. 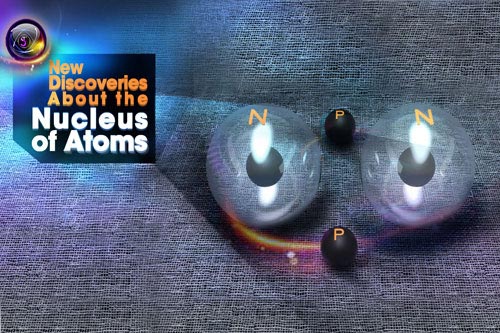 We have defined new structures for the electrons, protons and neutrons and by using these structures and based on the principle of having the highest symmetry and equilibrium in the nucleus, we have probed the shape of the nuclei of the elements.