In 2016, a BBC science documentary entitled "The Mystery of Dark Energy" was produced for the BBC's Horizon Documentary series, in which scientists spoke about the issue and its new achievements. This article is the answer of the ambiguities of that video.

From the beginning of the equilibrium or homogeneity of the universe, this remained energy has caused the expansion of the Universe so that the structure of systems and galaxies remains constant, but most of the galaxy, due to their structure, is moving away and their speed will also increase. It should be noted that what drives them away, is the initial energy that started from the Big Bang moment and continues to this day and will continue to do so. In fact, dark energy has been around since the beginning of the Big Bang, but after the equilibrium or homogeneity of the universe, we found its effect. So the energy applied in the universe is the residual primary energy or the dark energy. For example, when a large dam break many roaring waves flow travel several thousand kilometers and in the end reach a relative calmness near the shore. If the galaxies were not distant from each other, we might never find dark energy. 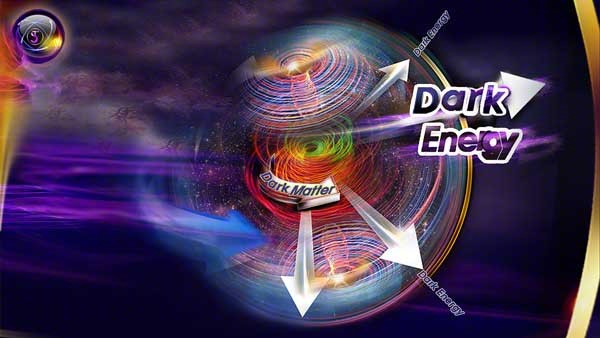 We also have to note that this large sphere is growing from inside to outside. So the sphere of the universe has two linear and rotational motions. Given that the universe has reached certain homogeneity and equilibrium, all its points are interconnected by their particular gravitational force. Consequently, while the world is rotating, all its points are rotating all together. But at the same time, considering that it expands from within, each point of that has a linear motion plus a rotational motion. Therefore, we have two velocities, linear velocity (v→) and tangential velocity (v→') whose total is equal to (V→):

Our linear velocity (v→) is the effect of the dark energy or residual energy. But let's see how our tangential velocity (v→') is:

It should be noted that since there is no external force (F→E) to change the rotational velocity of the universe, the angular velocity (ω→) is always constant.

Where, (τ→) is torque, (α→) is angular acceleration and I is the moment of inertia for celestial objects. 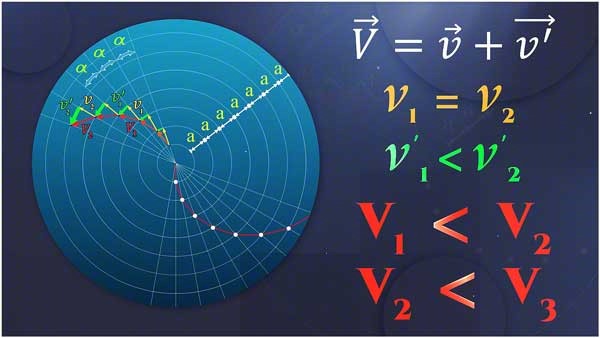 But when the telescopes observe a corner of the sky and find points, they certainly have increasing velocity, and always:

Our highly dynamic world is always looking for its relative balance. The world revolves around itself, and if we assume the current radius of the universe to be 1024 km. and, in calculating its velocity, if we use the rule of displacement over the time of a period and assume that 1/10 of the lifetime as a period of rotation, we will reach very, very high velocities. That this ball is rotating with such a very, very high velocity, and as a result of this velocity and rotation a spiral centripetal force is created and all parts of this world are affected by it, which is the beginning of the creation of black holes and galaxies. This spiral centripetal force, which brings objects closer together in the universe, is called vivid force or Dark Matter. 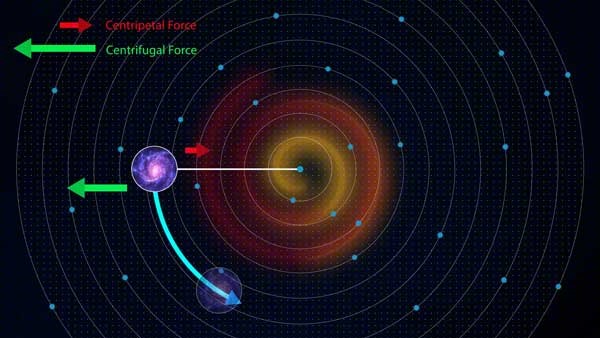 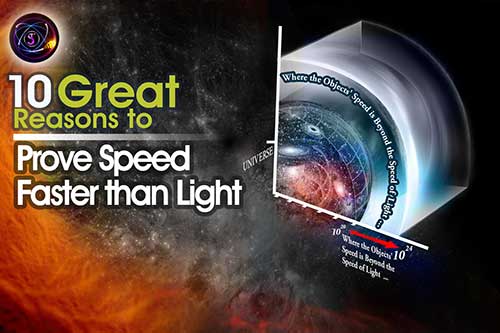