In our previous articles we described the Electron and the Proton’s structure; the Electron as an array of Photons that rotate on the surface of an imaginary sphere without any central nucleus and the Proton as a dense compact globe filled up of Photons with a radius three times smaller than that of an Electron. In this article we are going to explain the structure of Neutron; this last component of subatomic world which is composed of the Electron with a Proton in the center.

Indeed, the Neutron is only a hollow sphere with the Photons on the surface and the Proton is at its core. Therefore, Neutron is a sphere with the Proton core, Electron shell and an empty space twice as much as Proton's radius. Consequently, a negative-charge Electron neutralizes a positive-charge Proton and form Neutron with no net electric charge. 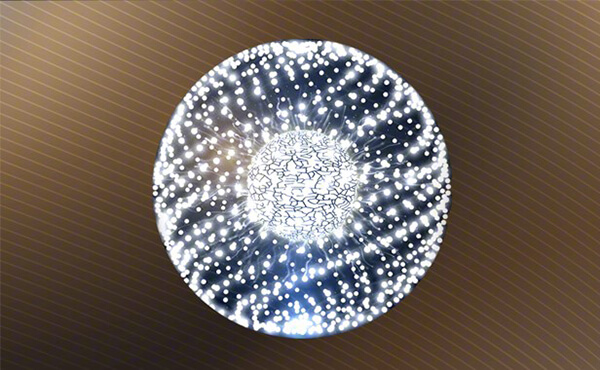 The Neutron has its own figure and characteristics. In fact, it is a minimized Solar System where the Sun is the Proton and planets are the Photons rotating on the surface of electron around this tiny “Sun”. The Proton at the center of the Neutron is not immovable and is beating like a heart, thus the distance to the surface of Electron’s sphere could change imperceptible. This pulsation is due to the attraction and the repulsion of Proton and Electron; the Proton core and Electron shell absorb each other due to opposite electric charges, but their integrated structure force them to return to their original states. As the number of Photons present in the Proton is about 1836 times greater than the Electron, the oscillating radius of Proton is bigger.

Saleh Theory dictates that the structure of Neutron and its system is like the Solar System or an Atom whereby the Sun or its nucleus is the Proton and the planets are the Photons which form the Electron. Just like the Electron and Proton, the Neutron is also formed by Photons.

In conclusion, we describe the different Photon states: This active and accelerated Photon provides the ray of “Light” and also the “Laser Beam” when it is aligned behind the other Photons in a line. When they are rotating on a surface, they form the “Electron”. A group of compressed and compacted Photons in a volume created the “Proton” and finally a combination of these two structures makes the little Solar System which is called the “Neutron”.

Saleh Theory believes, consequently, that the primary building block of the Universe is the “Angel Photon”.

Structure of proton is like a sun, made up of millions of photons that united and compressed ,like a filled globe and like the electron , proton's base is photons 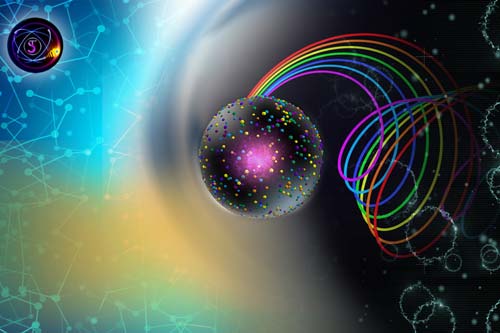