The interior structure of the Earth is layered in spherical shells: an outer crust, a mantle and a core. But to tell the truth, the Earth is composed of 4 layers, if we consider the atmosphere as 4th, which is moreover the essential part for life on this planet. The Sun has six regions - the core, the radiative zone, and the convective zone in the interior; the photosphere; the chromosphere; and the outermost region, the corona. The core contains 34% of the Sun's mass, but only 0.8% of its volume. The core also preserves the gas above it and prevents the sun from disintegrating. 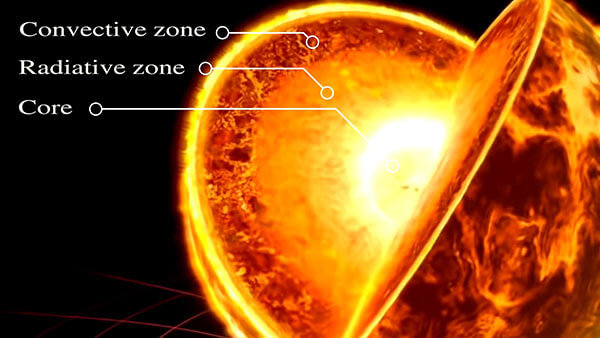 If we take a look at the proton, we see a sun which is made of a large collection of photons, with the same density and compression. Therefore, the proton is a collection of compact photons. The structure of proton is similar to a cherry or to the sun with two layers; the Core and the mantle.

This region is almost spherical and its radius is about one third of the entire protons radius, but its density is about 15 times more than the mantle.

This area is a brawny layer, which includes about 2/3 of the total radius, and completely encircles the core by a much lower density than it.

Scientific achievements show that the proton contains two up quarks and a down quark. But how Saleh Theory explains it?

Up to the present day, to understand the structure of proton, scientists send a beam of isolated protons speeding clockwise, while a second beam of protons is sent counterclockwise to collide the first one. Then a particle detector is waiting to measure all the subatomic particles that erupt from the collisions. This method is similar to that of a certain researcher who does not know what an airplane is made of, but tries to understand its structure by observing the different parts of two collided airplanes. So he is going to say that an airplane is made of two wings, fuselage and some small parts; this interpretation is correct but it is at the same time partial.

But what really happens when two protons collide? Indeed due to the severity of the collision, the mantle part splits into two large fragments and some tiny particles but the smash is not enough to split the dense core. So the heavy dense particle which is called down quark is not anything other than the proton's core, the two parts of the mantle that are larger, lighter and less dense than core, are not something other than the up quarks, and the other small parts are photons and rays. 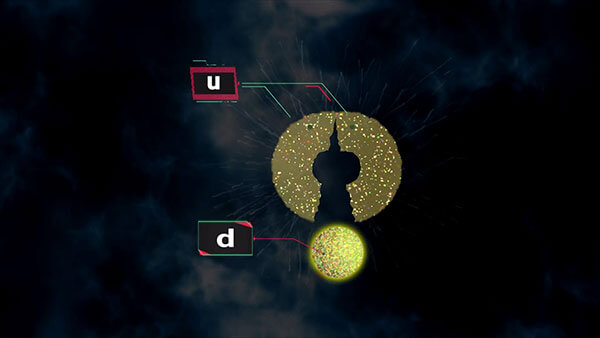 That being said, Saleh Theory believes that protons are made of photons and have two layers with different densities: the almost spherical core with a high density (Down quark) and the less dense mantle, which completely encircles the core (Up quarks).

up quarks down quark collide structure of the proton photon 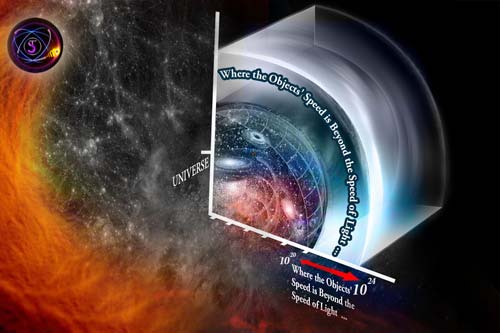 We are going to evaluate the speed of the astronomical objects at the hypothetical edges of the Universe which have speed faster than light speed. 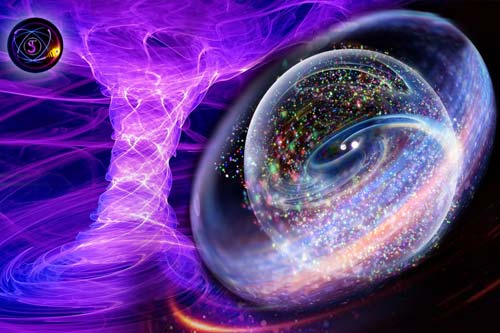 Dark Matter is a Vivid Force that is generated from the difference in the speed of rotation of celestial objects at the edge of the Universe and its center.