According to big bang theory, the universe began to expand after the big bang, and this expansion is continued to this day and does not have stopped moving just yet. At the beginning of the big bang, the universe expanded more quickly and then reached a relative equilibrium and the objects are moving at their specific velocity relative to their position. In this paper we are going to find an equation that could explain the actual velocity of any celestial objects in the universe. Everything in the universe, from the smallest to the largest objects, is spherical, such as electrons, atoms, the moon, the earth, the sun, etc. So, the universe is also very likely to be spherical. By assuming the universe is spherical and based on conservation of Energy, we have written the equation for velocity of any celestial objects in the universe, which consists of two parts: a rotational part and a linear part. The value of these parts could be obtained by using the energy released in the Big Bang moment, Hubble's law and Redshift/ Blueshift, etc. Based on these, we have derived a velocity-time equation that could explain the motion of any celestial objects from the big bang moment.
velocity of the universe 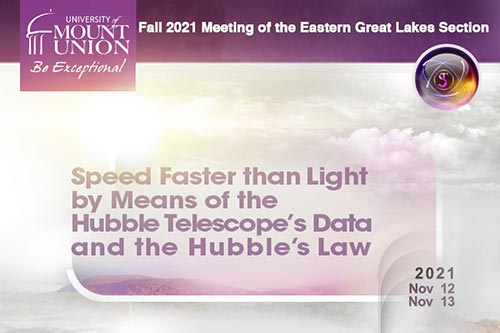