The universe contains organized structures on all different scales, from small systems like the atom, to galaxies, and extremely large structures that contain billions of galaxies. If we look at the sky, we see the planets rotate around the Sun which has its rotation in the galaxy; as well as galaxies have their own axis to turn around. Thus, observing from the sky to the atom, we see an identical structure that is about a rotation around a central axis; a structure similar to that of the atom which has a nucleus and electrons rotating around. Our ideas about “what an atom is” are surprisingly changed since one hundred years ago. Over time, scientists discovered that every material is composed of tiny particles called molecules which are constituted of atoms. Similarly, atoms have a nucleus and electrons. Saleh Theory believes that a 14-billion-year-old photon cannot be an energy packet and must be a particle with its own structure but following the same pattern of rotation of particles around the central particle. According to this theory, a photon is the smallest, lightest, and fastest with constant-mass particle in the universe, and electrons, protons, and neutrons are made of photons. The different arrangements of photons made the electrons, protons and neutrons. We will explain the structure of photons as the primary building block of universe and also the structure of electrons, protons and neutrons. This type of structure is more in harmony with experimental phenomena such as beta decay, electron excitation, etc.
new atom 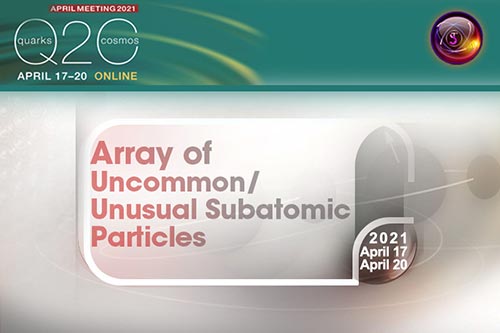 Modality of the Universe before the Big Bang