The universe contains organized structures on all different scales, from small systems like the atom, to galaxies, and extremely large structures that contain billions of galaxies, and all of them have their own structure.

If we look at the sky, we see the moon that revolves around the Earth; together, they turn around the Sun. And you could see the planets of the Solar System which also turn around the Sun which, in turn, has its rotation in the galaxy; as well as galaxies have their own axis to turn around. Thus, observing from the sky to the atom, we see an identical structure that is about a rotation around a central axis; a structure similar to that of the atom which has a nucleus and electrons rotating around. Our ideas about “what an atom is” are surprisingly changed since one hundred years ago.

Over time, with the progress of science, scientists discovered that every material is composed of tiny particles called molecules which, themselves, are constituted of atoms. Similarly, atoms have a nucleus and electrons. In this paper, we explain that if a photon is a particle how its structure and the structure of Electron, proton and neutron should be. Saleh Theory believes that a photon is a particle and such a particle with 14 billion years age should have its own structure.

Based on this theory the structure of electrons, protons and neutron have been explained. Also we found that the photon as a particle should have its own structure like an atom. So it has a central part around which smaller particles are rotating.

Prof. Gh. Saleh is an independent researcher and main theoretician of Saleh Research Group. He was educated at the Sharif University of Technology. He has published more than 20 articles in different fields such as:

- Photon has a constant rest mass

- Optimum use of photon in various sciences

- A new explanation for dark energy and dark matter

- Proof of speeds faster than light by several methods

- A new equation for the energy of photon

- A new proof of wave-particle duality of light at anytime, anywhere and in any case

- The discovery of the nature of superstring theory...

He has received many invitation letters from different conferences and participated in some of them in different continents such as Europe, America, and Asia as an honorable speaker, keynote speaker, organizing committee member and leadership. More information: www.saleh-theory.com 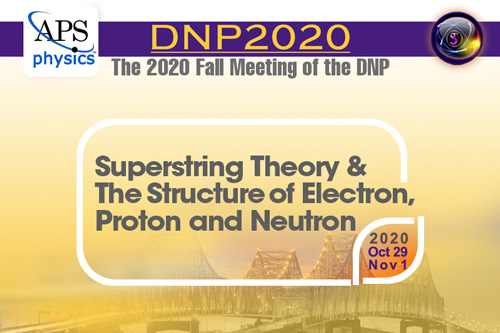 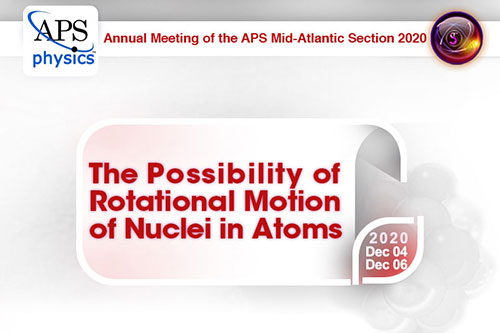